We are all Europe

I recently got an email from the Soros Foundation telling me that they have just launched Solidarity Now, a network of people and organisations working together to support those hardest hit by the crisis in Greece.  It will fund, amongst other things, solidarity centres in Greece.

Their beautiful promotional video, below, is full of romanticized slogans.  It's a bit of a stretch, even for me, to believe that 'while you are homeless, I have no home'.  Though 'if you are not safe, I am not safe' is easier to understand. And 'we are all Europe' worked unusually well since it seemed primarily to be aimed at Europeans, which is not how those sorts of slogans are usually used, as I recently wrote in a post about why I prefer 'we are all Juan' type slogans to 'I am Juan' ones. 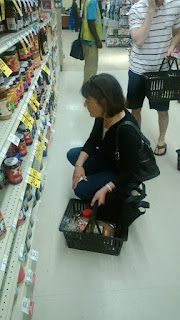 I've posted before about this sort of thing.  This time 26 members of the US Congress lived for a week on a food stamp budget ($4.50 for all of your food for the day).  This pic was tweeted by Rep. Suzan DelBene (‏@RepDelBene) and is her trying to shop for the week on $30.

This campaign seems to be less about them trying to really understand and empathize with the poor (though it did some of that surely), as it is to raise awareness of the draconian Republican cuts to the program and how unreasonable they are.  Again, it is people using their privilege and positions of power to draw attention to difficult daily living situations of those with less privilege.

It's frustrating to me that this gets so much more attention than real poor people figuring out how to scrape by on $4.50 for food a day, but hey, if it works, I guess I'm ok with it.  Though it seems like the politician's experiences of trying to do this don't open space for the voices of people really in this situation, but perhaps drown them out.   But then, I'm not sure what mainstream coverage has been like (not much in print, but maybe tv?) - but wow, the twitter tag #SNAPchallenge includes a LOT of right wingers saying they eat on much less than that easily and why are they paying for pathetic poor people.  Very nasty stuff.

These sorts of actions are hardly new, though perhaps politicians taking them up is.  There is a book entitled 'Place at the Table: 40 days of solidarity with the poor' that gives you practical and theological guidance on how to 'eat like the poor' and donate the difference to charity (not solidarity!)  It comes from a very Christian perspective.  One danger is that these sorts of actions can come across as patronizing and essentialize 'the poor', though I'm not saying that's necessarily the case with either the Congressional campaign or this book (which I haven't read).

Email ThisBlogThis!Share to TwitterShare to FacebookShare to Pinterest
Labels: #SNAPchallenge

making space for peace in Gezi with yoga

Space for Peace is my twitter handle, and also something I think about a lot. What does it mean? How do we make it?

Well yoga in the middle of an occupation is certainly an unusual way! In this fabulous short video one of my favorite yoga teachers, Chris Chavez, leads a class in the middle of the Gezi Park protest in Istanbul.  The last time I took a class with Chris was on the beach in Vancouver and we were looking across the bay at the North Shore mountains.  I guess he has a knack for spectacular outdoor classes!

I got the link to this video from a sister blog of sorts that I highly recommend: decolonizing yoga.

Since this video was shot the protestors have faced a massive smackdown from police.  Please take a quick minute to support them with this quick click amnesty action.
2 comments: 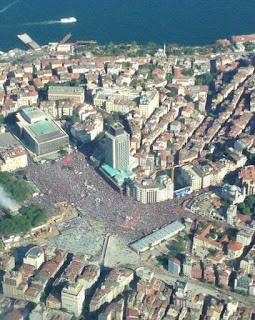 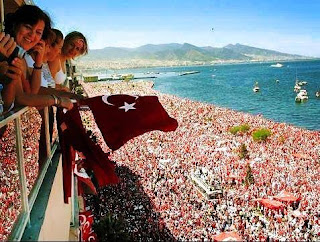 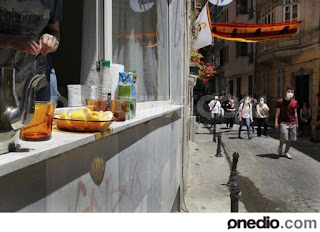 Here is a fabulous page to share, full of inspiring images.
No comments: