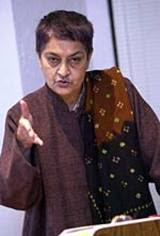 "what we are asking for is that the hegemonic discourses, the holders of hegemonic discourse should de-hegemonize their position and themselves learn how to occupy the subject position of the other." (in the post-colonial critic, no page number given)