"Solidarity is a complex concept – more so in practice than in theory." 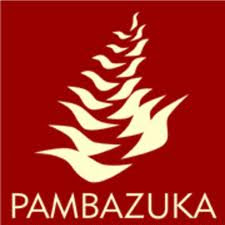 thanks to my friend Heather over at the Community Alliance for Global Justice who pointed me to the following bit in an article in Pambazuka news: Pan-African voices for Freedom and Justice. The article by Yash Tandon is about the end of the 'aid industry' - it's a fantastic in between the lines analysis of what was said at the last forum on aid effectiveness. Clinton was so blunt it didn't take much translation. The whole article is worth reading but the last paragraph in particular touches on solidarity. It reads:

"Finally, a word on those in the north who work with their ‘partners’ in the south on the basis of solidarity – based not on ‘aid’ or charity but on shared values of equity and justice. Solidarity is a complex concept – more so in practice than in theory. There are those who define it as action based on a ‘universal social protection system’, or as an essential component of the ‘common good of humanity’. However, they need to revisit these concepts, because they could easily lend themselves to manipulation by the Big Powers of the North (such as those in the North Atlantic Treaty Organization) to bomb innocent civilians in the name of ‘humanity’, ‘social protection’, ‘democracy’, ‘good governance’, ‘fighting corruption’ and the like."