Vancouver status of women used this as the title for "a night of connection poetry and music to build VSW's volunteer base and raise support for Haiti"that they held last February.

I think solidarity IS sexy, but we don't often acknowledge that, or talk about it in those terms. It's certainly rare to recruit turnout with a slogan like that! I love that it was a feminist group that used it.

It's not just the people that do solidarity work that are sexy, but something about the very idea itself. Making connections across difference to be more powerful in our organizing for a better world - it's hot!
No comments:

Hearing the silences in the stories

It's important to remember that we can't hear it all or really 'know' another's experience when we listen to their personal stories. I've posted before about using fade outs. (Wim Wenders had women from the DRC telling their rape stories and their images fading in and out while they were telling them. It works to remind you that you can't fully see them.) The video above uses a strange black and white cut in that seems to serve as a similar reminder.
No comments: 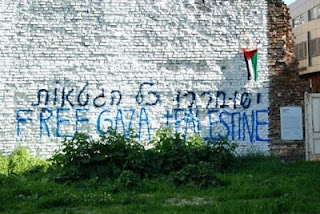 thanks to the people's geography site for this one.
No comments:

I'm in love with the guy who does these animations. Ok, I haven't met him, but I have spent way too long watching all of the RSA animation videos. They're fantastic! This one is about empathy, and there is another one of David Harvey, the best known living geographer, explaining the economic crisis.
1 comment:

solidarity with the dead

Powerful video from a campaign in Spain against impunity for the crimes of the Franco regime. Here's one case where I'm perfectly ok with trying to "be the one you're with".
No comments: