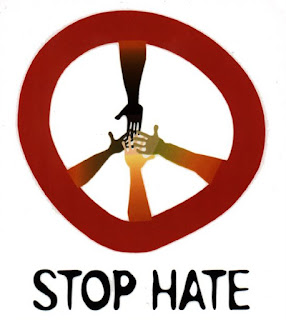 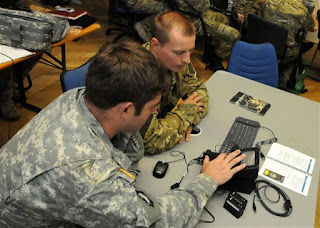 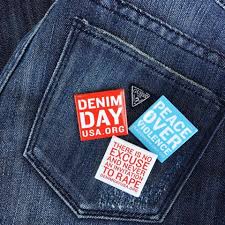 Well since the military rarely wears jeans, and has a serious sexual assault epidemic, I would be happy to see them all wear jeans on this day. It would be particularly striking if they wore uniforms on top and jeans below!
No comments: 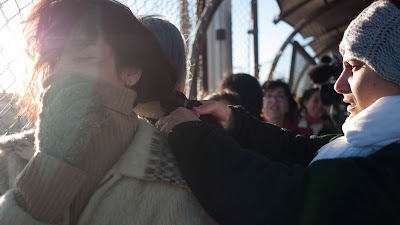 I have blogged here before about various symbolic acts of solidarity, from wearing certain colors, to wearing heels, to going barefoot, to being silent for a day. None have moved me like this beautiful act of art and protest.

As Trump was being inaugurated, 50 women organized through the group Boundless across Borders came together on the US-Mexico border pedestrian bridge between El Paso and Ciudad Juárez and braided their hair together.

I love the way this protest literally and symbolically weaves together the bodily intimate as a way of shaping the global. Global politics are always shaping our daily lives, our bodies, our hair. So too what we do with our bodies day to day is constantly shaping global politics, from what food to how we manage childcare. This is a basic argument of feminist political geography (if you want to read more about it, check out the book the Global and the Intimate).

Xochitl Nicholson, one of the organizers, talked about why they used hair this way, “We wanted something that referenced women directly, but that also sends a message about our common heritage and common backgrounds in a broader context,” Nicholson said. “It’s a symbol of collective strength.”

Of course this protest isn't accessible to women who wear head scarves, or women with kinky hair, or short hair, or no hair - but I still love the symbolism and intimacy of it.
No comments: