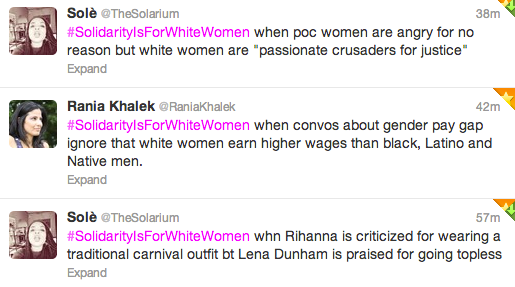 (note, a few days later the piggyback tag #Blackpowerisforblackmen was started by Jamilah Lemieux of Ebony.com, expressing frustration with black men who can only see racism, and not how it works together with patriarchy).
No comments: