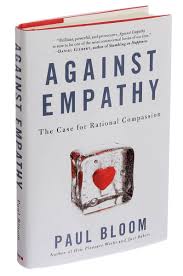 I have posted repeatedly here about empathy experiments used to build solidarity, and how problematic they can be. I was at my first masked protest yesterday, and had trouble chanting "I can't breathe" when the crowd took it up. It made me cry, but it also felt wrong and appropriative coming from our small mostly white group. As I posted in response to the chants after Mike Brown was suffocated, actually I CAN breathe.

But what if the chant is done as part of an empathy experiment? Would the chant have a different sort of power if we were all lying face down on the ground chanting it for nine minutes like they did in Colorado? I am generally not a fan of these reenactments of suffering, but I will admit I found this one striking. See the video in the tweet below.

Incredible scene at Colorado’s Capitol right now. Thousands of protesters are lying face down with their hands behind their backs chanting “I can’t breathe.” They’re doing this for 9 mins. #copolitics #denverprotest #GeorgeFloyd pic.twitter.com/PaABvp8ZoM
— Colorado Times Recorder (@COTimesRecorder) May 30, 2020

Since I first posted this, this reenactment tactic has been repeated across the US (and likely around the world). Most notably a huge group did this in front of the White House. I will admit however that I am grateful that at the protests I have been going to we have instead all taken a knee in silence for the 8 minutes and 46 seconds. Not only is this less appropriative, it is more accessible. Many would not be physically able (forget emotionally able) to lie face down with their hands behind their backs and chant.