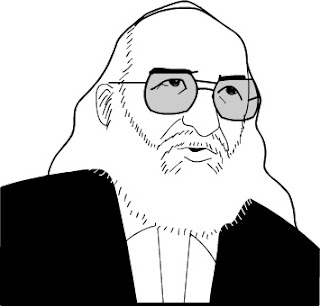 “The oppressors do not perceive their monopoly on having more as a privilege
which dehumanizes others and themselves. They cannot see that, in the egoistic
pursuit of having as a possessing class, they suffocate in their own possessions
and no longer are; they merely have”
- Paulo Freire

but is all privilege dehumanizing?
how can privilege be used in ways that make us all more human?
No comments: 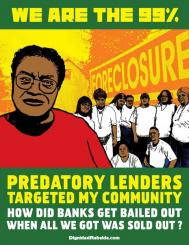 check out this great media work by Moira over at PBI that gets to the heart of what accompaniment does - the following article ran in colombia reports:

"80% of the human rights violations that have occurred in Colombia in the last ten years were committed in mining and energy-producing regions, and 87% of Colombia’s displaced population originate from these places," a report by the organization published last week said.

According to PBI spokesperson Moira Birss, mining activities are frequently accompanied by a disregard of the constitutional rights of minorities and threats and attacks on leaders of these communities.

"Community leaders who oppose mining projects, or the organizations that accompany those leaders and communities, have at times been targeted with threats and even attacks in what would appear to be a result of their opposition, as was the case with the priest who was killed in Marmato," said Birss, referring to an area where mining company Gran Colombia Gold and the local community are at odds over who has the rights to mine for gold.

Birss also expressed concern over suspicions that "companies may take advantage of, or potentially even pariticipate in, incidents of forced displacement in order to exploit that newly-available land."

"After its most recent visit to Colombia, the mission of the UN Permanent Forum on Indigenous Issues stated that indigenous peoples are often subject to forced displacement as a strategy to impose megaprojects on their lands without having to undergo the process of prior consultation," Birss told Colombia Reports.

PBI did not look at whether Colombia's judicial authorities are investigating the possible role of multinational mining companies in human rights violations, but according to Birss, "the conflict has always been about control of resources."

"The case of Curbarado and Jiguamiando is the quintessential exmple of this: communities were forcibily displaced, then palm companies came in and set up shop. And thanks to the tireless work of the communities and those who accompany them, direct links are being proven between the displacement and the economic projects; several palm company owners have recently been condemned, and others are under investigation.

"Many experts, like the UN Permanent Forum on Indigenous Issues, have alerted that there is every reason to believe that the pattern is or will be repeating itself in the mining sector," said Birss.

I have been reviewing again the very little that is posted online by organizations about how the international accompaniment work they do uses privilege. One of my favorites is a 2008 post by Liza Smith, who works with FOR.

The full post is here and well worth reading, but here is a snippet:

… Our first day in Colombia we began a conversation about the reality of international solidarity work. A number of people in the circle had (and continue to have) serious concerns about the nature of this work — why is that so many white, upper-middle class activists turn towards the romanticized struggles of the third world to “help” when we have our own atrocious situations to deal with at home? How can we justify solidarity work in Colombia when we have a prison population of African American men that equals the number of un-free African American men at the height of slavery? How can we go to a far away place to accompany threatened human rights leaders when 120 veterans commit suicide every week in the United States? How can we think about inequality elsewhere when young people in our own country have to offer themselves as cannon fodder in Iraq in order to get money for college? These issues merit our attention, hard work and passion.
…
Theoretically, we all know that our struggles to overcome oppression are deeply interconnected and that we must learn from one another’s struggles to make each stronger. This delegation felt like bringing theory to practice. We were not approaching Colombia as the problem and arriving as gringos with the helping hand. We were exchanging experiences of problems that are fundamentally linked and which manifest differently in our different contexts. … I can hardly claim that our delegation resolved any of the questions about international solidarity and I know I’m not off the hook as a white activist doing solidarity work with Colombia. But we did attempt to explore a different kind of model of transnational community building that deconstructs a traditional set up which assumes solidarity goes in one direction. Because our solidarity work there and here is to support each other in our collective development as activists, leaders and human beings. Because our work here and there is to build a stronger global movement to end war …”

Liza is also a great singer songwriter, check her out singing at the vigil to close the SOA in the video below.