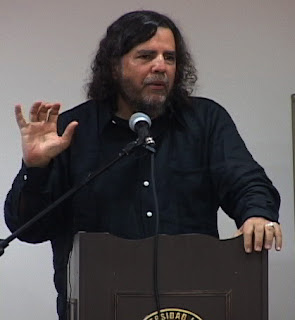 He goes on to say that "The mythology about the 'decolonization of the world' obscures the continuities between the colonial past and current global colonial/racial hierarchies and contributes to the invisibility of 'coloniality' today."
No comments:

I am at the International Studies Association conference in San Diego. I was surprised that there were no presentations with the word solidarity in the title, and I only heard the word mentioned once in a presentation (by the fabulous Catherine Eschle who I was thrilled to get to meet).

But I did see two exciting new books on solidarity at the book fair:

Solidarity Politics for Millennials: A Guide to Ending the Oppression Olympics (The Politics of Intersectionality)
by Ange Marie Hancock (amazon link because it's searchable within and google is not)

and I was reminded of the book

Race and the Politics of Solidarity (Transgressing Boundaries: Studies in Black Politics and Black Communities) by Juliet Hooker

all of which I have added to this list of resources on solidarity (which you can add to - please do!)
No comments: