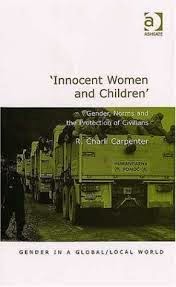 I'm looking forward to another International Studies Association conference this week.  There is a vibrant feminist security studies community there that I always learn a great deal from, and I still get a kick out of the Cynthia sightings.  How is it that there are so many fabulous Cynthias in that bunch? Cynthia Enloe, Cynthia Cockburn, and Cynthia Weber are all fun to get to hear.

There is also an active peace studies group.  It's really striking every year how many more sessions there are on peace at the ISA compared to the geographer's conference (AAG), which I will be going to two weeks later.  I am pleased to be presenting, with my colleague Nick Megoran, geographers' takes on peace and geopolitics.  We are in fabulous company on that 'presidential panel' and I'm particularly thrilled that Lorraine Dowler and Jo Sharp will be there speaking on feminist geopolitics.

In a separate session I will be presenting my work on the gendered dangers of women playing the civilian card when working to build peace across borders, trying to think my fieldwork through the fabulous recent work on the gendering of the civilian by Helen Kinsella (The image before the weapon) and Charli Carrpenter (Innocent women and children).

For the record, I'm a Quaker, not a Catholic, but I'm still a huge fan of the new pope.
He's been talking about solidarity alot in the past year.

"Solidarity, this word that strikes fear in the more developed world," he said. "They try not to say it. It's almost a dirty word for them. But it is our word!"

He also said that solidarity is "a word that is too often forgotten or silenced, because it is uncomfortable.”

He called for more solidarity in the world in his first New Year blessing, "We all have a responsibility to act so that the world may be a community of brothers who respect each other, who accept their diversity and who take care of one another."  Ok, so it would have been nice to have the word sisters in there, but I appreciate the call.

Entertainingly, he also said that the internet is a gift from God that can help us build solidarity.

peace as the fruit of solidarity

I have been trying to think through the differences between Christian and labor/socialist imaginaries of solidarity.  Solidarity is a core Christian value, generally interpreted not as a unity of interests or common cause, as per the more labor or socialist take on solidarity, but instead as a sense of connection and mutual responsibility of all for all as the children of or expressions of God, or the light within, as Quakers would put it.

In the process of thinking about Christian imaginaries of solidarity I ran across this description of solidarity and geopolitics by none other than Pope John Paul II. It starts out sounding like charity to me, and I'm not sure that wealthier nations 'surmount imperialism' by having a sense of responsibility for other nations, but I'll admit, I love the idea of peace as the fruit of solidarity.  Of course, his idea of peace and mine are probably different, but the full quote is below.  More later on Francis's visions of solidarity. 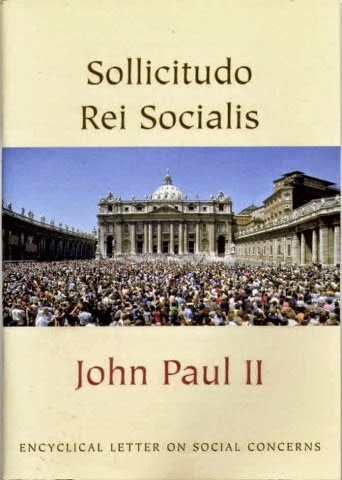 "The exercise of solidarity within each society is valid when its members recognize one another as persons. Those who are more influential, because they have a greater share of goods and common services, should feel responsible for the weaker and be ready to share with them all they possess. Those who are weaker, for their part, in the same spirit of solidarity, should not adopt a purely passive attitude or one that is destructive of the social fabric, but, while claiming their legitimate rights, should do what they can for the good of all. The intermediate groups, in their turn, should not selfishly insist on their particular interests, but respect the interests of others.

"Positive signs in the contemporary world are the growing awareness of the solidarity of the poor among themselves, their efforts to support one another, and their public demonstrations on the social scene which, without recourse to violence, present their own needs and rights in the face of the inefficiency or corruption of the public authorities. By virtue of her own evangelical duty the Church feels called to take her stand beside the poor, to discern the justice of their requests, and to help satisfy them, without losing sight of the good of groups in the context of the common good.

"The same criterion is applied by analogy in international relationships. Interdependence must be transformed into solidarity, based upon the principle that the goods of creation are meant for all. That which human industry produces through the processing of raw materials, with the contribution of work, must serve equally for the good of all.

"Surmounting every type of imperialism and determination to preserve their own hegemony, the stronger and richer nations must have a sense of moral responsibility for the other nations, so that a real international system may be established which will rest on the foundation of the equality of all peoples and on the necessary respect for their legitimate differences. The economically weaker countries, or those still at subsistence level, must be enabled, with the assistance of other peoples and of the international community, to make a contribution of their own to the common good with their treasures of humanity and culture, which otherwise would be lost for ever.

"Solidarity helps us to see the "other"-whether a person, people or nation-not just as some kind of instrument, with a work capacity and physical strength to be exploited at low cost and then discarded when no longer useful, but as our "neighbor," a "helper" (cf. Gen 2:18-20), to be made a sharer, on a par with ourselves, in the banquet of life to which all are equally invited by God. Hence the importance of reawakening the religious awareness of individuals and peoples. Thus the exploitation, oppression and annihilation of others are excluded. These facts, in the present division of the world into opposing blocs, combine to produce the danger of war and an excessive preoccupation with personal security, often to the detriment of the autonomy, freedom of decision, and even the territorial integrity of the weaker nations situated within the so-called "areas of influence" or "safety belts."

"The "structures of sin" and the sins which they produce are likewise radically opposed to peace and development, for development, in the familiar expression Pope Paul's Encyclical, is "the new name for peace."68 "In this way, the solidarity which we propose is the path to peace and at the same time to development. For world peace is inconceivable unless the world's leaders come to recognize that interdependence in itself demands the abandonment of the politics of blocs, the sacrifice of all forms of economic, military or political imperialism, and the transformation of mutual distrust into collaboration. This is precisely the act proper to solidarity among individuals and nations.

"The goal of peace, so desired by everyone, will certainly be achieved through the putting into effect of social and international justice, but also through the practice of the virtues which favor togetherness, and which teach us to live in unity, so as to build in unity, by giving and receiving, a new society and a better world." (SRS, 39) - See more here
No comments:

This is really happening

"Just because it isn't happening here doesn't mean it isn't happening" ends this video, which is yet another creative attempt to bring a war over 'there' home 'here' and help you imagine what it would be like if it happened to 'us' as a way to build solidarity (or maybe charity given that it uses terminology of saving).  This is the first I've seen to use a second a day format, and it works well for drawing you in.  But do we really have to imagine it happening 'here' to a white girl that looks like 'us' for it to matter? Does this video escape being appropriative of the experiences of actual Syrian girls? I have my doubts.       (thanks to @suitpossum for pointing me to this on twitter)