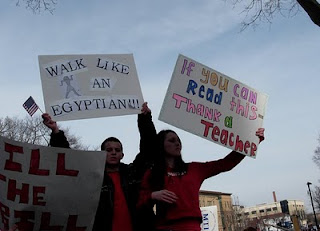 But where does that view of individual responsibility alone come from? ..." read on

This piece by Lakoff, though valid, I think, in many respects, reminds me too much of the Right's endlessly repeated refrain, "They don't care about our values." It's the progressive version of othering: "We are empathetic, they aren't; we care about people, they don't." If we believe the following figures, which I think I do, conservatives give considerably more to charity (which requires a certain amount of empathy) than liberals: "Although liberal families' incomes average 6 percent higher than those of conservative families, conservative-headed households give, on average, 30 percent more to charity than the average liberal-headed household ($1,600 per year vs. $1,227)." What Conservatives don't like is for government to do the giving; problematically, they'd like to make the decisions themselves about who is worthy of their cconcern. But since empathy is about personal feeling, one might make the argument that people in a caretaker state don't need to be empathetic since the system takes care of everyone. I'm no conservative, but I think the issue is quite a bit more complicated than Lakoff makes it.