another take on the dangers of using empathy for solidarity 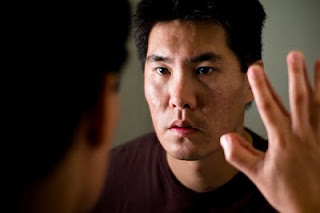 This is a segment of a longer post by Sahar Driver on the FOR site:

"Another job for a nonviolent ideological warrior is to honor the sanctity of difference. In my eagerness to meet the other of another history, culture, faith, place, gender, sexual orientation, class—. In my eagerness to look into the face of this other and extend my hand, I may look for similarities to which I can relate. This attempt at relating is of course a beautiful thing, but it too easily becomes dangerous when I make the assumption of sameness where it may not exist— or when I prioritize what is the same over what is different in ways that shut difference down, cap or suffocate it so that it can no longer breathe. What would it take for me to look into the face of another and accept the impossible difference it holds? What feeds a hubris so acute as to allow me to assume I could possibly know Other, the histories that shaped it, the legacies it inherited, the values it lives that have no words?

Not too long ago, I was chatting with a friend and shared a story with him about an encounter with a man who had physically restrained me in a way that shook me up quite a bit. He listened intently to me, and my explanation of what had been going on for me during that experience. I explained what I had learned and what the experience meant to me in the context of my life as a woman grappling with the very real physical and mental insecurities and threats to my safety that mediate every decision I make daily, what paths I will walk on my way home at night, whether or not I make eye contact with the man ahead of me in line, how often I ask a male acquaintance about his wife and kids to remind him of his place. To my frustration and surprise, my friend began to reinterpret my story for me, explain better what I had meant to say, and feed it back to me in the context of his own experience with women.

He wanted me to understand that my story was not about my experience as a woman but was very much like a series of other experiences he too was familiar with that had nothing to do with gender at all. He proceeded to describe some of those experiences to me. In fact, none of those stories resonated with me at all and not a single one even touched what I had been trying to explain to him about the struggles I face as a woman every day. The very real threat of rape and sexual violation that I must negotiate on a daily basis. I walked away frustrated, not because he didn’t understand, how could I expect him to? He is not a woman. How could he possibly know what it is like to be a woman in this world? I was frustrated and angry at his sense of entitlement, his arrogant assumption that he could understand, and his attempt to take my story and make it his own, to rewrite my story and project it outward as a representation of some universal human experience applicable to anyone anywhere regardless of the specifics of gender that I knew had mediated my experience.

And this happens so often. I know I fall into this trap sometimes, maybe we all do— and when I do it is because I was not thinking. So I am asking that we think. When we exoticize, naturalize or romanticize the Other, what we are doing is inflating or foregrounding certain aspects that are most interesting or appealing to us (such as religious or spiritual traditions) and thereby making less visible if not invisible other aspects. Suddenly rich traditions are disassembled, flattened, taken out of context or interpreted in ways that are at the very least unfair misrepresentations and at worst, the grounds for policies that violate their very being. In looking for what I wish to see or am capable of understanding, the world becomes a prism of the familiar. In so doing, I not only rob the other of his/her voice and space to exist, I do violence to myself, my possibility for imagination, for inspiration, discovery, creativity, surprise and beauty. To work hard to see difference and allow it room to breath; to work hard to allow room for the discomfort of not-knowing; to work hard to respect what I do not understand is the work of nonviolence. Would not a humble acceptance of the mystery of the other, and the limits of my understanding, be a beautiful act of generosity? Of nonviolence? Of alliance?

In my work as a social and cultural anthropologist, one of the things that has repeatedly come up in my research is the danger of universalizing certain Western values and assuming their relevance the world over. In many cases, the effects are relatively benign. But in other cases, they can be quite horrifying. A very simple and well-known example is article 17 of the universal declaration of human rights: the right to property. Of course on the surface of it this sounds good right? But would the first Native American nations or Hawaiian people have agreed that this is a universal right? These people found the notion of ownership of property absurd and signed away their lands thinking the white colonizer a fool. But decades later would witness the mass genocide of the indigenous people of the Americas, oftentimes under an assumption of property rights and a certain “manifest destiny,” a god-given right, that not all peoples impacted by it would be asked to weigh in on.

[see the full post by Sahar Driver on the FOR site]