what is 'peace culture'? 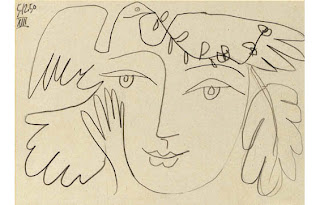 Peace Studies scholars debate not only the meaning of, but what causes, peace. One increasingly important argument is that changing public and elite attitudes, which increasingly see war as an illegitimate, have much to do with it[1]. Along these lines, the UN has worked to promote a ‘culture of peace’ – declaring 2000 the international year of it – and then going on to name the entire first decade of the millennium as the decade of peace [2]. This idea of 'peace culture' was first discussed at the 1989 UNESCO congress, which inspired Boulding to write a book on it that has been influential in these discussions[3]. Several definitions for a ‘culture of peace’ have been used in various UN resolutions, but these were simplified into key points in the manifesto for a culture of peace which was signed by over 75 million people during 2000. The key points are: respect life, reject violence, share with others, listen to understand, preserve the planet, and rediscover solidarity[4]. UNESCO has taken the lead in promoting this work, though thousands of grassroots groups around the world have also used this framework in their work. The idea of a culture of peace is that having these values makes it difficult to start or maintain a war. The eight points are described in table form, and contrasted to their opposites, by David Adams[5], one of the original designers of the UNESCO program for a culture of peace, as:

In one of the culture of peace promotional booklets published by UNESCO the projects described could easily be considered ‘human development’ efforts, pointing to the slippage between these terms[1][6]. As the Handbook on Building Cultures of Peace puts it, in a culture of peace people behave in ways that promote mutual caring and wellbeing[2][7]. The editor, Rivera, goes on to say that one of the most controversial aspects of this work in the UN has been the contrasting of a culture of peace to a culture of war. The most powerful nations insisted that all references to the latter be removed, which he argues is tied to their assertion that their military power is aimed at ‘preserving peace’ rather than domination. He argues that [3][8], it might make more sense to talk of building cultures of peacemaking rather than the UN’s campaign for a culture of peace. It's a bit less catchy though. The UN campaign may be a bit cheesy, but I appreciate the impulse to present peace as something we make and make again, together, and every day.

[3] Elise Boulding, Cultures of peace: the hidden side of history (Syracuse University Press, 2000).