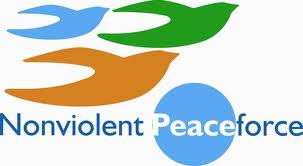 The Nonviolent Peaceforce just signed an agreement with the government of Burma (Myanmar) to support initiatives of the official Myanmar Peace Center.  In their announcement they make no mention of the long history of military rule in Burma, or their take on the elections that many question.  Presumably they see the elections as legitimate, even though they were run by the military and the military won 80% of the vote.  I certainly support the moves towards democracy in Burma, but working directly for a government so closely tied to the military seems an odd move to me.  But then the Nonviolent Peaceforce has been very interested in working officially with governments (they serve in an official capacity in Mindanao).  The NP  calls what they do 'civilian peacekeeping' rather than protective accompaniment, and accompaniment seems to be only one small piece of what they do for peace.