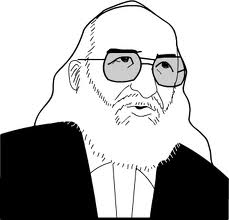 "solidarity requires that one enter into the situation of those with whom one is in solidarity; it is a radical posture"  - Paulo Frerie in Pedagogy of the Oppressed (1995:31)

What exactly does 'entering into the situation' mean here? In Freire's case he was working with the very poor, but he did not live a life of poverty.  He would have been far less able to do his work and make his impact if he had.  It seems to me there is more power in using one's privilege tactically, carefully, when working in solidarity with those that don't have that privilege, rather than in simply trying to give it up.  I would hope Freire didn't mean just trying on 'the situation' for a week or a month, a common tactic I've written about here before.  I don't actually think 'entering into the situation' is necessarily the best way to understand and respect what life is like for those you work and struggle alongside.

As a side note, one of the highlights of my life was to get to see Freire speak to popular educators in Morazán, one of the FMLN controlled zones of El Salvador, just after the peace accords were signed, in '92.   The energy that weekend was electric and, as I remember it, the conversations were interrupted several times a day with chants of !Viva Paulo Freire!

I love this Esteva et al critique of Freire, too.