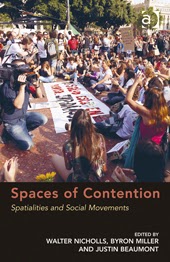 One of the most useful books out about geographies of social movements is the new (2013) Spaces of Contention, edited by Walter Nicholls, Justin Beaumont, and Byron Miller.