What solidarity work do images of the suffering dead do? 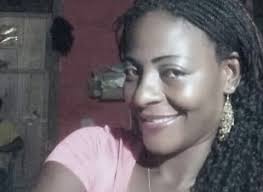 In Latin America there is a long tradition of showing, holding, and marching with photos of those killed and disappeared by the state as a way to build strength and solidarity in the struggle for peace and justice. These photos are always of these people when they were alive.

But in the last week on Colombian social media circles a video has been circulating of the dead body of Maria del Pilar Hurtado, a social leader that had just been assassinated (one of some 800 that have been murdered since the peace accord implementation process began - most for working to implement the accord in some way). The video is of her 9-year-old son finding her body and becoming distraught - and many of my friends who saw it were so distraught themselves that I actually chose not to watch it.  The photo here is of Maria alive.

I didn't have the same option not to see the photo that has been circulating in the US media of the bodies of Oscar and his toddler daughter Valeria, who drowned trying to cross into the US. I will never be able to unsee that horrible image.

Both the video and the photo have sparked outrage and protest. I've read that in Colombia there have been more protests against the wave of murders against social leaders in the past few days than there had been after any of the other deaths. So these extremely disturbing images can spark solidarity - but is this the way we want to do solidarity?

I will admit to having very mixed feelings on this one. I think it is important to see the truth of what is happening, to be outraged, to grieve with Maria's son - but I also value dignity and privacy.  I also value my own mental health, and I chose not to watch the video.

Julia Montejo argues that these images are dehumanizing and disrespectful. As she puts it, "compassion shouldn’t hinge on the degradation of marginalized communities." She goes on to say that in a country that circulated photos of lynchings, images like this are unlikely to change peoples minds and instead will simply traumatize many who see them. She argues instead for sharing photos of these people when they were alive (as has long been the tradition in Latin America).

Yet sometimes clear documentation of horrors has been key for sparking solidarity. Black communities have been organizing against police brutality for decades, but it was when people started widely capturing the attacks on video that organizing really took off. And it is also true that I am still haunted by Eric Garner's "I can't breathe." How much do we have to traumatize each other to move ourselves to action?